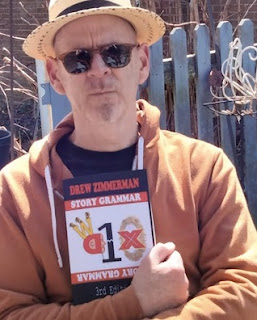 It is not every book that attacks a specific social ill with such persistence as does Story Grammar. We follow our narrator, Philadelphia teacher Dex Matherson as he strains to impart the knowledge needed to read and write to urban poor kids who are admittedly not shown in their best light. Why can’t these kids write a thoughtful essay on Ellison’s Invisible Man? This is a thankless job and our protagonist suffers from the strain. His task is made more difficult by his own self-inflicted monomania and perhaps an over zealous commitment to the impossible task. Battling systemic ignorance he takes seriously. This teacher’s insistence of the importance of the English language (now called literary imperialism) throughout never lets up and the reader wonders if sentence structure is worth the trouble?

Dex suffers but he makes his students suffer as well, literally. He begins in a haze of zealous dedication to remove obstacles and is propelled to take action outside of class. These are uncomfortable moments. Curiously, the book makes demands on the reader in the same way the besieged teacher makes demands on the students when offering Dexter’s bonus points and demerits. Zimmerman’s powerful prose propels this novel and serves as a sort of proof of the thesis: language improves the mind. Literary echoes prevail in Story Grammar even as the canon diminishes. There is a whiff of Poe telling his tale and meting out punishment. There is a Raskolnikovian admittance to his senseless crime.

The visual clues about playing cards (the murderer's calling card) run through the book. It is intriguing to think one can apparently find a whole deck of cards one by one on the rough street of this city. A Philly thing? It may take a year to find them all and this implication of chance or randomness is never fully explained. Generation gaps are also on display here. Dex and his Foghorn Leghorn mug (full of sweet warm soda) make constant reference to them and this perhaps weakens his case. How does a cleverer-than-boots “Baby Boomer” possibly ever hope to connect with oppressed POC (the awful new acronym foisted on us) born in the Nineties. “Shah-ki-rah” and her friends have other fish to fry. Zimmerman’s hero is not afraid and pulls no punches. This is topical in an era where literary worth itself is under siege and subject to political trends and freakish ideology. We are asked to choose sides. Are we the banners of progressive material in elementary schools? Or the book burners, the ones who view classic literature as colonial onslaught? What’s a reader to do? Without Melville and Twain we are nothing!

Story Grammar is not a book for the squeamish or literary faint of heart. There is no mealy mouthed place to hide. Neither is there a wishy-washy reprieve for students regardless of their state of underclass-ed-ness. You can only get so far “code-switching.” Is it as simple as choosing “evil” Middle class values over Ghetto-culture? Some readers may feel Dex’s anger and frustration. Perhaps students should lose the “doo-rags” and don the occasional blue blazer? According to Dex, his students are free to improve themselves and they fall short.

Today, in our attempts to level playing fields, we make excuses for shortcomings across the board, ever increasing the lowest common denominator. Thank goodness Mr. Zimmerman sticks to his guns. With his amazing gift for satire, I suggest he write a sequel that attacks wider issues. Somebody has to warn of us of the woeful ignorance and close-mindedness that is swamping our boat and few are brave enough to try. Story Grammar is one brick in the wall!

Posted by POCKET INTELLECTUAL at 10:25 AM 3 comments: 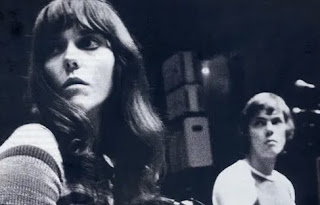 Every now and then I return to my musical pet peeves especially when I am witness to some horrendous episode of the Voice or the Grammys. I am comforted to know that this disdain of contemporary music is balanced with a smug understanding that the beloved golden age of Rock ‘n Roll (somewhere between 1966-76) was utterly amazing. Unfortunately, it’s over. The music is dated, over-played and lauded ad nauseum. The “best of” lists suck! Listening to the end of year countdown of greatest songs ever (on Philly’s WXPN where they are “vinyl at heart”) I am struck by the futility of quantifying two thousand and twenty (2020, get it?) tunes. Philadelphia’s “boomer” station is best described as “wet,” the British term perfect for bespoking a sentimental, unchallenged middlebrow taste. The top song ended up as “Thunder Road.” Fair enough, this is Philly and the Boss reigns. 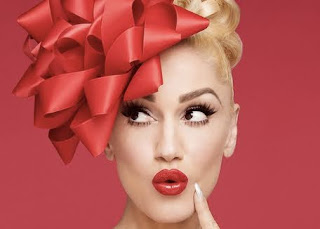 At the holidays I wonder where the new additions to the holiday canon are, ones that don’t sound like cringe-making show-tunes for instagram and grate. I have attempted to fill the gap with one of my own because I noticed there was no song called “Secret Santa” written in Yuletide’s past. I wrote mine on an Android! Oddly enough the tune has not been claimed yet by any big star or song writing team. Gwen Stefani doesn’t count. She recorded a Secret Santa song recently that included bells and throw away ice cream chords aka 1959. The last big selling popular Christmas hit came out in 1994, Mariah Carey’s, “All I Want For Christmas Is You.” John Legend and Kelly Clarkson just can’t reach it. Carey’s song became a staple of the season and still spawns overblown TV Specials. This “middlebrow” taste thing comes up again. The song is sort of mindlessly hummable like all 90’s pop but does it stand up to “Run Rudolph, Run?” or James Brown’s “Christmas in the Ghetto?”  Come to think of it there were loads of great Christmas tunes (whole albums) by the Beach Boys. Good tunes not merely holiday songs. 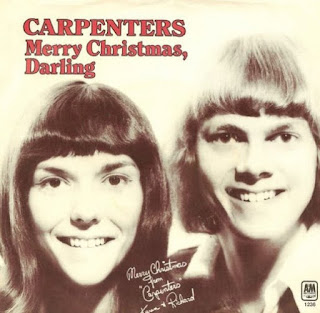 My definition of a standard is something where we all know the words to the first verse aka “Jingle Bells.” This holds true for normal hits too. I even tried pinpoint where Pop last held sway singularly or had an edge. This created a big ball of wax, no pun. Prince comes to mind. I think of “Raspberry Beret.” His words are witty and there are hooks. White people like it! You may be on to the fact that I’m leaving any mention of Hamilton out of this argument. Well almost. Daveed Digs (half-Jewish) has penned a silly holiday song this year: “Puppy for Hannukah!” You can play it on your phone to your friends! 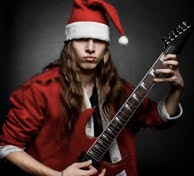 My parochial view is that the day of Rap (like Rock) itself has faded historically. Don’t be fooled by the meta-narratives. This certainly hasn’t stopped the trope being injected into every type of pop from Country down. Remember the fascinating, hypnotic samples and hilarious rhymes of early Hip-Hop. It was Post Modern, man! This was before it metastasized and was co-opted by sneaker companies, children and activists. 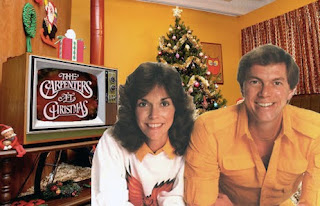 When I worked in retail for a couple years, I learned that each new pop hit had to include an eight bar bridge with a guest singer rapping. The formula was widespread promulgated by committees. Just before Thanksgiving the piped music switched over to Christmas and we were transported back to when holiday music evoked a sentiment long gone. The small town Christmas myth of “It’s a Wonderful Life.” In the box store, the forms were jazz, pop and rock and they sat beside each other well. Elvis next to Bing Crosby next to Springsteen. I guess you could stick Run DMC (Christmas in Hollis) in there. But no Snoop Dogg. He is too obscene for kids and geriatrics like me! Come on Snoop, clean it up! 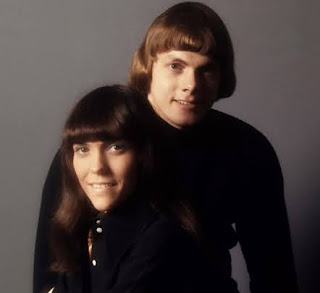 Ever since Simon Callow showed up with American Idol there is less distinction between TV personality-type singing and substance. I blame Reality TV, period. Winners and losers go on to share their over-dressed banal taste and vocal chords with the world. The Voice and America’s Got Talent continues this rein of mediocrity and melisma. Thank you, Whitney Houston! How easily we’ve adopted this booming as quality singing. I think of it as tune murdering. It’s as if everyone is soloing! Listen to anything sung by Gladys Knight for real singing. I was busy researching the holiday when a Carpenter’s Christmas song played on the car radio. I was caught off guard and there was snow on the ground! Never has so much sentiment and emotion been evoked by so few notes! 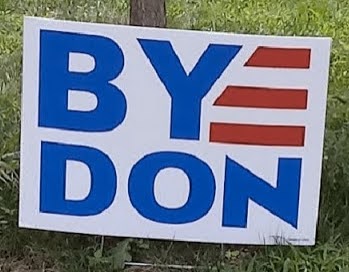 It was quite a shock leaving the Covid bubble recently to purchase a table from Craigslist NJ. This took us out across the Walt Whitman Bridge from Northeast Philly into the depths of South Jersey where it was even more humid. This was not the only difference. Gone were the prudent and intense mask wearers, Rainbow flags and BLM signs. Gone were the wilting “Bernie” signs and scorched “Hillary” bumper stickers.  Who were all those folks who ran for president recently?

We turned into a Blue Collar cul-de-sac to find every house festooned with Americans flags of all configurations, MAKE AMERICA GREAT AGAIN lawn signs and big posters with scary photos of the current Commander in Chief. Were we in the mid-West? The bullet-headed owner was sweating buckets and greeted us without much fanfare. Did we stand out as elite college-educated Liberals? Damn straight. Was my daughter in need of a safe-space? Yes, indeed.  All this made me feel particularly inadequate on the Middle Class Manly-Meter.

As we paid and said thanks, I looked down and noticed a small figurine in the garden. It was one of those “black” lantern-carrying characters. No irony here! Political correctness does not get a mention. I looked around for a Confederate flag or an imposing statue of Jefferson Davis.  The recent “Statue” controversy had prompted me to re-vamp my “Doc Holliday” southern accent. I have Val Kilmer of Tombstone to thank for that. My drawl is pretty good if not always appropriate for parties in Mt. Airy.

We loaded the table and backed out through the vintage F150’s and above ground pools. One house was intriguing. A ghostly bungalow, overgrown and uninhabited except for maybe a few dead bodies in the basement. I quipped, “There’s a cheap one for sale.” This idea was quickly shot down by my daughter and navigator. “Not funny. Turn left.” We then drove half-way across the State to find the nearest up-market coffee place. It was worth it for a refreshing Frappucino! We found a great one in the fancy suburbs and they sold records. My kinda place. Sitting outside we had a wonderful moment of connection that is rare these days. The seven months of 2020 came into view and gained some perspective. Schadenfreude with caffeine. My kid wryly refers to our present dilemma as the “End of Times.” If she can handle it then so can I! Back over the Ben Franklin Bridge, we breathed a sigh of relief. Hint: Never should you tackle both bridges in a single afternoon.

After this ordeal, I needed a lager and an early evening Corona-stroll. I have been pinching books from the little home libraries in our neighborhood, wooden boxes on poles.  It is interesting to note what people read then discard. Literacy meets affluence. I prefer History to the latest craze in how-to books on being a better Caucasian. On a nearby street of cozy historic houses I paused to read a new lawn sign with a short pun. It said simply, “BYE DON.” It took me a second to catch the drift. “Oh yeah, a new way to spell Biden! I was so taken with it I bumped into the new BMW out front.